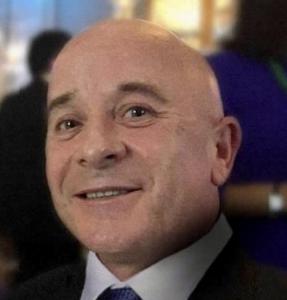 The British government announced this week that non essential travel abroad is punishable by a hefty fine.

LONDON, UK, March 26, 2021 /EINPresswire.com/ — The British government announced this week that non essential travel abroad is punishable by a hefty fine. This comes as a blow to Britain’s 550,000 timeshare owners, a huge number of whom were looking forward to their first holiday in two years.

“Unlike regular holidaymakers, timeshare owners have to pay whether they take a vacation or not,” explains Jack Dawson, timeshare contracts expert with European Consumer Claims (ECC). “They paid full fees in 2020, and got no discount from their resorts.

“Now holidays are cancelled again. Yet we are hearing no reports of timeshare companies refunding any of the annual maintenance fees.”

UK Government propping up the economy?

“It’s pretty obvious from a financial point of view that this move will benefit the UK’s economy,” explains Andrew Cooper, CEO of ECC. “A sceptic could infer that the government is deliberately keeping everybody’s money firmly in Britain instead of letting it flow out to the Costas this summer.”

Cooper believes 2022 is under threat too. “There are delays rolling out the vaccine, new COVID variants appearing and Brexit difficulties adding to the problem. Initially we were told to endure a 14 day lockdown to make the future safe. Now people are resigned to the fact COVID may be around for years”

“At ECC we talk with hundreds of timeshare owners daily,” says Andrew Cooper. “They are furious at paying the full cost of a holiday without getting it. These people pay around £1000 a year in maintenance,. they don’t have a choice. They don’t even get a discount in most cases. People are out of pocket thousands of pounds and it isn’t fair.

“Most owners we speak to don’t believe they will get their holiday next year either, and they are desperate to escape the commitment so they can stop the cash hemorrhaging. People just don’t have money to waste like this in these uncertain times.”

Be careful where you seek advice

“There are a lot of fraudsters out there waiting to take advantage of timeshare owners’ despair,” warns the ECC boss. “It may be possible for a trustworthy firm to get you out of your timeshare, and sometimes even claim compensation on your behalf. Just be careful not to give your money to one of the many fake law firms out there.

“If in any doubt give us a call at ECC, or seek advice from an independent timeshare consumer organisation”

The People Behind the Brand: Master Builder and Test Pilot