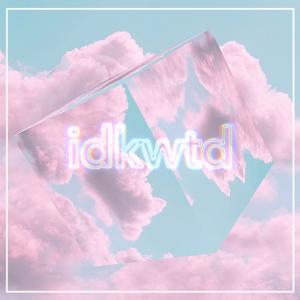 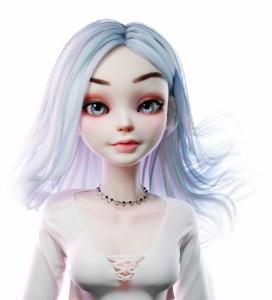 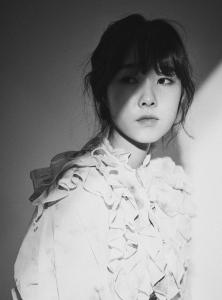 SEOUL, SOUTH KOREA & US, April 17, 2021 /EINPresswire.com/ — The record label company A.I.M (Arts in Mankind) has released a new digital single with artist Ha Yeon. The new single, “idkwtd” (I don’t know what to do) was released this month and is the world’s first artificially produced music creation. Parent company of A.I.M, Enterarts has announced it will release an album with similar music on the global NFT marketplace Mintable.

A.I.M has encapsulated the use of AI-based technology and software to deliver one of the world’s first digitally created composer’s Aimy Moon. Aimy Moon utilizes deep learning and neural networks through advanced technology to create and compose a variety of music content. The recent addition of “idkwtd” has sparked the record label to release an entire album via the popular and global NFT marketplace, Mintable.

The advancements Enterarts and A.I.M have achieved with Aimy Moon reveals the usability and more so, capabilities of artificial intelligence. Progress on the latest music production software has made it possible to apply a host of different scape. These AI-based software programs can produce and edit video content based on the sound source. Ha Yeon, the artist who supplied her sensible vocals has now grown a massive fan base since the release of her AI single, “Eyes on you” in October 2020. Additionally, Ha Yeon has been actively involved in the directing for her music video “Walk Away” which she is set to release later this year.

Thousands of global artists have started using NFT marketplaces such as Mintable as a way to release a wide variety of digital art, music, and other content. The release of “idkwtd” is a first of a kind, as it will be the first time that an AI-composed song and music video are sold through the global NFT market.”Entering the world’s first AI music & music video content, NFT market is the first step in the change of the social producing ecosystem and support the entry of public customers and artists into the world of NFT and metaverse” said Park Chan-jae, CEO of Enterarts.

NFT or “Non Fungible Token” is the most recent addition to a string of blockchain encryption technology. This new digital asset allows users to have unique identification information, additionally giving them access to a wide selection of digital art, music, books, and videos. There has been ongoing support for the release of more AI-based music, as thousands of similar music from the K-Pop genre have already been released via popular social media platforms. The generous support and fan base which Aimy Moon has received has made it possible for record labels such as A.I.M to push the progressive research and development of artificial music production.

Both Enterarts and A.I.M are looking to create music that will have a deep and meaningful impact on humanity. More so, the company is looking to create a digital platform whereby creative artists can utilize the power of AI-based technology and software to advance the industry, but create and publish meaningful digital video works.

More about A.I.M a subsidiary of Enterarts
Founded in 2018, Arts in Mankind or A.I.M is the world’s first-ever artificial intelligence record label. The record label is operated by Enterarts, a cutting-edge and leading entertainment label in the music and technology industry. A.I.M has been involved in the creation of multiple projects, utilizing AI-based technology and software to create music, video, and other forms of online content.

Since their founding, A.I.M has created an ecosystem that allows artists and technology to come together. In doing so, the label has been able to artificially create Aimy Moon, an artificial intelligent songwriter and music producer. Aimy Moon is the world’s first and only virtual artist that is equipped with automatic music generation technology. Aimy and A.I.M have been able to write and produce music for various K-Pop record labels, especially those in the market of artificial intelligence.

Texas Hit-and-Run Accidents on the Rise; Pedestrians and Cyclists Most Often Hurt