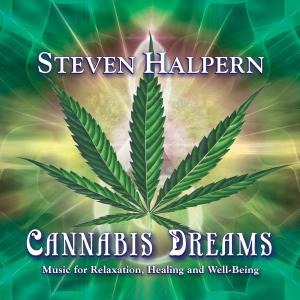 CANNABIS DREAMS is among the first and latest of Halpern’s 100-plus music albums to link healing music and healing cannabis, whose ancient roots trace back more than 5,000 years. 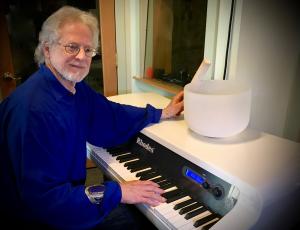 One toke, and I heard music in a very different way. It inspired an improvised grand piano jam that was different from anything I had recorded previously.”
— Steven Halpern, GRAMMY® nominated founder of New Age music

CANNABIS DREAMS is the latest of Halpern’s 100-plus music albums that for over 45 years have helped his listeners manage stress, reduce pain and facilitate sleep. It is among the first to link healing music and healing cannabis, whose ancient roots trace back more than 5,000 years.

The seed concept for this album was planted in 1982 when an anthropologist handed Halpern an extraordinary strain used by an indigenous Alaskan shamanic healer.

“One toke, and I heard music in a very different way,” says Halpern, also founder of the “Quiet Revolution” in New Age music. “It inspired an improvised grand piano jam that was different from anything I had recorded previously. I wondered if certain other strains might inspire a new composition if used exclusively. The answer turned out to be Yes.”

In 2015, Halpern was invited to be a Celebrity Brand Ambassador for a leading Cannabis dispensary. Although the collaboration was short-lived, their top shelf strain, called Mystic Haze, evoked a meditative, healing and spiritual high, and inspired the several variations of the title track on CANNABIS DREAMS.

The album was completed when Halpern read about the new spiritually-uplifting strain released by entrepreneurial musician Carlos Santana and Left Coast Ventures.

“After hearing music in meditation after sampling this strain, it was obvious I needed to include a new track inspired by Mirayo® by Santana,” he said. “I was able to book time in a recording studio on 11/11/20, and two extraordinary compositions now complete the album.”

In 2021, with legalization in many states and with the medical benefits of cannabis more widely accepted, Halpern felt comfortable releasing this ‘co-composed’ masterpiece.

The album begins with the wordless vocals of the ethereal Renaissance songstress Kristin Hoffmann, of the internationally renowned BELLA GAIA ensemble, which can be heard on two of the tracks, “Cannabis Dreams” Part 2 and Part 3. “OG Sonic Chronic” is a collaboration featuring Paul McCandless on bass clarinet and Michael Manring on Zon® fretless electric bass.

The spirit of each strain speaks through the music. Deep alpha brainwave entrainment tones are subtly mixed into the music, which entrain your brain to higher coherence to further support your immune system functioning. The artist suggests that one “grabs a set of headphones for the full psycho-acoustic effect.”

CANNABIS DREAMS is Halpern’s heartfelt “thank you” to the master growers who keep improving on the spiritually uplifting and creativity-enhancing strains.

Halpern’s undergraduate studies in ethnomusicology and healing music became his life’s focus in November 1969 when he ‘heard’ a new form of music during a spontaneous meditation in a sacred redwood grove, and was urged to share this healing music with the world. He began composing and recording this new music, trading his trumpet and guitar for the soothing tones of the Fender Rhodes electric piano. Since 1975, his music has been heard around the world in leading healing and holistic health centers, addiction and recovery centers, VA hospitals, massage therapy offices, private homes and streaming playlists. His album Deep Alpha has been in the Top 10 of Billboard’s New Age music chart for 53 weeks.

Steven Halpern is available for media interviews about the album, for commentary and contributed content, and for live guest segments. Physical CDs and a digital Dropbox of CANNABIS DREAMS are available upon request to Windy@theBCompany.com