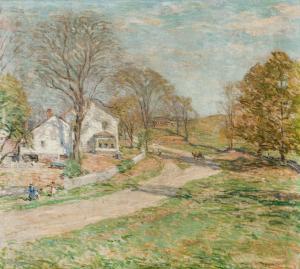 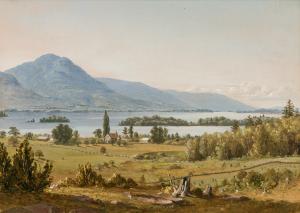 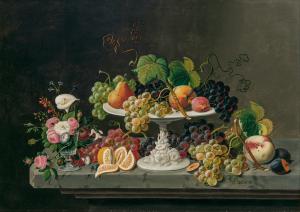 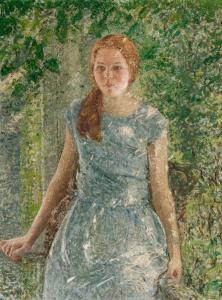 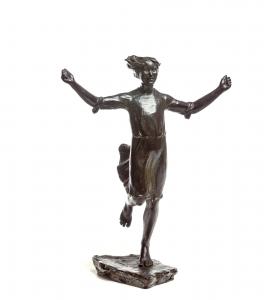 Leading the sale is a painting by Willard Leroy Metcalf titled The Road that Leads to Home. Metcalf’s renowned depictions of sunlight and shadow are evident in this rural idyllic scene of country life”
— Sandra Germain

MILFORD, CT, UNITED STATES, April 14, 2021 /EINPresswire.com/ — MILFORD, CONN. – Shannon’s Fine Art Auctioneers will kick off the spring auction season with a sale of paintings, drawings, prints and sculptures on Thursday, April 29th, at 6 pm Eastern time. The 200-plus artworks include American art, modern and contemporary art, sculptures, Hudson River School paintings and various offerings by female artists in various categories.
Leading the sale is a painting by Willard Leroy Metcalf titled The Road that Leads to Home (est. $150,000-$250,000). The classic Connecticut Impressionist view of the Litchfield hills depicts a farmhouse that still stands in Woodbury. Metcalf’s renowned depictions of sunlight and shadow are evident in this rural, idyllic scene of country life. A rare figural work by Metcalf, titled In the Garden, will also be offered in the sale. It has a reasonable pre-sale estimate of $15,000-$25,000.
Highlights from the 19th Century American art category include a view of Lake George Near Sabbath Day Point and A Path in the Mountains by Sanford Robinson Gifford. Both works are fresh-to-the-market, descended in a private family collection and accompanied by research letters from Kevin Avery, the acknowledged expert on Mr. Gifford’s work.
Other paintings in the category include water views by Alfred T. Bricher of Newburyport, Southampton and Grand Manan; a large, colorful still life by Severin Roesen (est. $30,000-$50,000); two sailing scenes by James E. Buttersworth (each one est. $20,000-$30,000); a Grand Tour view of Sorrento by John Gadsby Chapman (est. $20,000-$30,000); and a rare masterpiece-quality beach scene with children playing in the sand by Charles Morgan McIlhenney (est. $15,000-25,000).
The numerous works by women artists will be led by two portraits of young women by Helen Maria Turner. Turner, a New Orleans native, trained at the Art Students League of New York and later became a resident of Cragsmoor. Portrait of Anne Spencer (1925) was undoubtedly painted on Turner’s sun-filled garden porch in the artist’ s colony. The other portrait, titled The Italian Girl, was likely painted in New York City.
Abastenia St. Leger Eberle’s Girl Skipping Rope will headline the sculpture category. Widely exhibited at the Pan-Pacific Exhibition and the Pennsylvania Academy of Fine Arts, among other venues, the bronze is believed to be the only known cast of this work. Young girls were a favorite subject for Eberle and in 1909 this young, barefoot girl captured the freedoms from the prior restrictions of the Victorian era. A cast of Janet Scudder’s Young Diana is also featured. Each of these works capture the spirit of progressive women in the early 20th century from different perspectives.
Connecticut artist Fidelia Bridges is represented in the sale with four oil paintings, all from the same Connecticut collection. They include Red Breasted Grosbeak in a Thicket (est. $12,000-$18,000) and Goldfinches and Thistle (est. $10,000-$15,000). Bridges frequented the banks of the Housatonic River in Stratford, where she painted birds and wildlife along the river banks.
Modern art offerings include two Abstract Expressionist works by Milton Resnick from a private collection; a Diego Rivera watercolor view of Yucatan from circa 1930-1931 (est. $18,000-$22,000); and a Lyonel Feininger watercolor of Three Sails, one of the artist’s favorite topics (est. $15,000-25,000).
Other highlights in American art include a market-fresh sporting scene titled Awaiting Orders by Percival Rosseau (est. $25,000-$35,000); a view of Winter near Gloucester by Frederick J.Mulhaupt (est. $25,000-$35,000); a regionalist scene titled Waiting for Spring by Dale Nichols (est. $20,000-$30,000); an Eric Sloane featured on the cover of his biography Aware, titled Last Snow; and The Journey’s End, a luminist seascape by Edward Moran.
To view the full catalog, condition reports and to bid live online, visit www.shannons.com. Previews will be held by-appointment April 19th-28th, weekdays from 11 am to 6 pm Eastern time, and Saturday, April 24th from 10-3. Virtual previews and additional photos are available by request.
Bidding is available by telephone, absentee or live on shannons.com. A live-stream of the auction will be broadcast on shannons.com. Telephone bids can be reserved in advance and absentee bids will be accepted before the auction. Consignments at Shannon’s are accepted year-round. To consign a single item or an entire collection, contact info@shannons.com.
# # # #