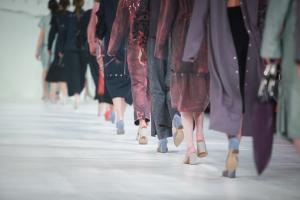 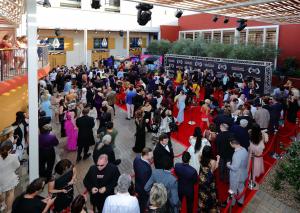 The festival, often referred to as the “Cannes of the fashion film world,” opens Friday, July 23 at 9 a.m. PST with a global online video conference announcing the awards and filmmaker interviews. The festival will be a combined online and live event with theater screenings held at the ultra-modern cinema complex The Lot Jolla.

“The films that make it into the final program represent some of the most brilliant and creative directors in filmmaking today,” said festival producer Fred Sweet. “Curated from the dynamic and exploding world of fashion film, these selections offer are a glimpse of what’s trending in the minds of the world’s top fashion houses, designers and stylists interpreted through the lens of their filmmaking counterparts.”

The La Jolla International Fashion Film Festival is the first international fashion film festival founded in North America and fashion filmmakers from around the world will be represented at the event. Nominated films are viewed and voted on by an international jury in June 2021.

Following Friday morning’s online video conference, the festival continues live that evening from 7 p.m. to 11 p.m. with the opening night reception, Instagram Walls, and press availabilities for the filmmakers and other program participants.

The program continues Saturday from 10 a.m. until noon with in-theater film screenings and introductions of the filmmakers. At 3 p.m. with the Red Carpet begins. Paparazzi, live performances, and photo and interview opportunities. The evening concludes with the presentation of awards for filmmakers and professionals attending the festival.

“Our mission is to empower, support, and recognize the individual creative professionals who make up the worldwide fashion film community,” said Sweet.

The red carpet, interviews, performances, Instagram walls, award presentations, networking and seating will be held in an outdoor setting. The theater screening will be held in strict accordance with any health precautions in place at the time.

The festival is currently accepting submissions for films. The submission deadline is May 29, 2021. Filmmakers can submit their films to La Jolla at
https://filmfreeway.com/LaJollaInternationalFashionFilmFestival

This EID, Bring Beauty to Your Backyard with a Stunning Pergola from 800 PERGOLA