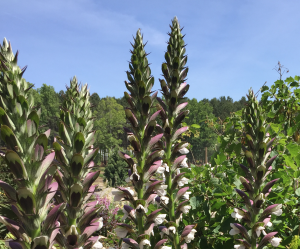 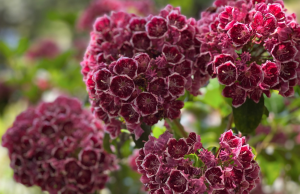 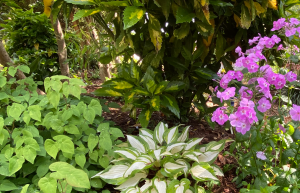 “We hope you’ll come join us and see all the plants that are in bloom,” said Tony Avent, founder and benefactor. “It’s almost an overwhelming time to see the diversity of plants available to be grown in this region.”

Spring Open Garden weekends are April 30-May 2 and May 7-9. Admission is free and reservations are not required.

Established in 1988 south of downtown Raleigh, the not-for-profit Juniper Level Botanic Garden has grown into a 28-acre conservation and inspiration garden whose mission is to discover, grow, study, propagate and share the world’s flora.

“Currently, we have just over 27,000 different kinds of plants,” explained Avent. “That makes our botanic garden one of the top five collections in the United States.” Avent has participated in 13 foreign and 60 domestic plant expeditions.

“We set up an endowment through the university. When the endowment for the garden is fully funded, that will allow us to open full-time as a public garden and a sister to Raulston Arboretum,” added Avent.

Fundraising efforts for Juniper Level Botanic Garden, in conjunction with JC Raulston Arboretum, operate under the auspices of The Endowment Fund of North Carolina State University, a 501(c)3 non-profit, tax ID 56-6000756. Donors receive an official receipt for contributions to the fund.