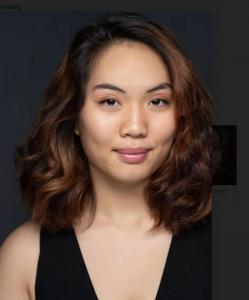 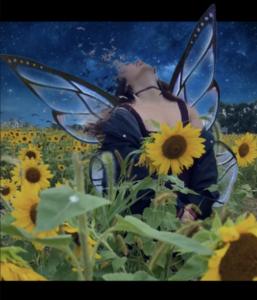 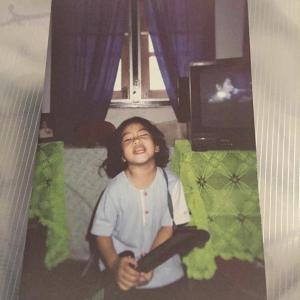 Once in a while an artist comes along that really stands out. Sinéad O’Connor, Whitney Houston, and Amy Winehouse are just a few that come to mind. One current artist that is gaining attention for her individuality is Napaht Na Nongkhai.

Napaht Na Nongkhai is a singer-songwriter and a dancer from Thailand who moved to New York. She has been making some big noises in the music world, generating fans not just in New York, and Thailand, but also around the world.

Her new SIngle An Old Butterfly which Napaht Na Nongkhai wrote herself, is set to gain her a new legion of fans. Napaht Na Nongkhai is hoping that An Old Butterfly will show her fans why she stands out from other artists. With the reviews already coming in, the New York City artist doesn’t have to worry about the success of her new album.
We decided to sit down with Napaht Na Nongkhai and find out more, this is what she had to say
1. You have just released a new single, but before we talk about that, lets learn more about you. At what age were you when you became interested in music?
Since I could walk, I was already walking with a fake guitar and a fake microphone that you could put candies inside. When I was 4 or 5, I was in a kindergarten marching band. I don’t think I knew that that was what I wanted to do yet, but my instinct did.

2. And, what age were you when you thought, I would like to do this as a career?
I think 7 was when I wanted to take it to the next level, but I was exploring stuff out, you know? I always knew, but people around me were pulling me to different directions. 13 was when I demanded it that “This is what I want. It’s what I’ll become. It’s what I am.”

3. Can you remember the first single that you bought?
I honestly don’t ha-ha. I see some songs that were my first songs in my head, but it’s so blurry. I’m gonna go with the one that I have the most memories with. It’s a mix album of Whitney Houston, Mariah Carey, Celine Dion, and a couple more. My mother bought this disc, and we played it every time we get in the car. They‘re definitely my influences.

4. What type of music did you listen to when growing up, and who inspired you in the music world, and who inspires you today?
Oh, ha-ha it’s the same album above. I’d say Whitney, Mariah, Celine and Beyoncé built my whole structure. I grew up as a competition singer, so it was always their songs, and I was copying them. Present time, they’re still inspiring me. Their songs are not just songs. They tell stories, pain. They try to change the world. I also have Jessie J, Joji and The Coronas now too as my idols.

5. How would you describe your music?
My songs are very different from each other, but all with the element of me. This series ‘Storybook’ that I’m making will be about my life, my perspective, others to me, or me telling about others. The clue is each song is a piece of puzzle that goes around in a circle.

6. So, you have just released a new song, can you tell me more about it?
It’s called ‘An Old Butterfly.’ I wrote this song in July 2020 when the BLM movement was taking steps forward. Then Asian Hate Crimes were already growing because of COVID. I was sick and tired of people being harmed and no consequences for the criminals. We stood for each other, but the crimes were also growing. That inspired me to write this song. After the development, the song isn’t being presented just for people of color or women and LGBTQ+ community, but all minorities, and there is a part in everyone that is minority.

7. Who wrote your new song?
I produced, music directed and wrote the lyrics and music with a help of two alias. One is a pianist and the composer of the piano part, Orishlez in Israel. The other one is a musician who played all other instruments, Silvio Brioschi in Italy.

8. If you could perform with any artist, who would it be?
Oooh it would be either Bruno Mars or John Legend.

9. How would you say the music is different in Thailand compared to the USA?
Definitely the freedom, variety, and how you get there. In the U.S you kinda have to already be at the professional level and do it on your own before you get noticed, but in Thailand, they find someone and build them. The freedom of what is in the lyrics or what the song is about is more in the U.S. So is the variety of styles.

10. Music has a great deal of power, it can help motivate people, it can also remove people from a bad situation as well as deal with stress, how has music helped you over the years?
Yes! I was diagnosed with mental illness last year, and music was a big part in healing for me. Music has inspired me in many ways and is one of the things that make me get up every morning or even just enjoy life when I want to give up. Specific songs also contain specific memories and specific senses that every time I hear it, I can tap into places or someone that are not here anymore.

11. At high school, you created a music called ‘Borghildr’, can you tell me more about that?
‘Borghildr’ was a soul/R&B musical that is narrated by a high school girl named Borghildr. She is forced to see a psychiatrist every week as a punishment, and just to keep getting medication since her best friend planned a shooting at school last year before took his own life. Everybody and the psychiatrist herself are avoiding talking about things or what happened. Borghildr is being seen as the violent troublemaker by other kids and adults because she tries to tell the truth that there is a lot going in the school and home. The reason her best friend planned the shooting and took his own life or things that happen to other people are being silent. School bullying has a big part in this musical including racism at school, sexual abuse at school, the privilege of rich kids to silence truths. This musical was also supporting mental illness and spread the awareness that it is not something that we can shut down with only medicine. It needs communication, and there is a lack of communication between kids and adults. This musical also encouraged people to reach out to others.

12. Is this something you would like to do, write more musicals?
It‘s not a ‘Top 1’ on my dream list, but I would like to develop ‘Borghildr’ and redo it again in the future. I would love to write more too. Currently, I have an idea on writing a musical for Asians or Asian-American, but in the modern time, and just as regular people. We don’t have a lot of that. When it comes to musicals about Asians, they tend to focus on the history, stereotypes and some use Asian people as jokes. We are living normal lives in the present time just like other people. Like why can’t an asian girl be a girl next door? You know what I mean?

13. Would you consider working in the theatre in big shows like cats?
Oh yes! My dream is to be on Moulin Rouge Broadway. Fun fact, I actually have gotten an appointment for a national tour of Cats, but it was canceled due to COVID.

14. Where can people listen to your music?
An Old Butterfly is now on all of the major and international platforms, and so is “Her Song” when my artist’s name was Arya Rita. You will be able to find it anywhere by typing the name of the song and my name. You can also get updates and ‘behind the process’ on my Instagram @napahtnanongkhai

“FORGET IT” BY SPACEMAN / CHAOS & FASCINATION