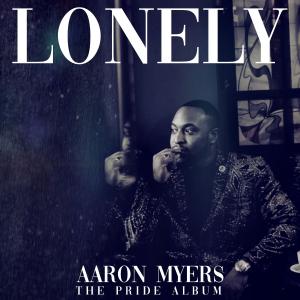 “Lonely” the second single from The Pride Album by Aaron Myers

The album’s second single “Lonely” is slated to release on Friday, April 2nd.

WASHINGTON, DISTRICT OF COLUMBIA, UNITED STATES, March 29, 2021 /EINPresswire.com/ — DC-based jazz vocalist and pianist Aaron Myers is back with another standout single from his soon-to-be-released project, The Pride Album, which will be available everywhere on Friday, April 30th, otherwise known as International Jazz Day.

Aaron’s backing band and production team consists of an all-star cast of award-winners, DC jazz legends and rising superstars. The musicians joining Myers include bassist and composer Kris Funn, world-renowned drummer Dana Hawkins, saxophonist and DC arts advocate Herb Scott, multi-instrumentalist and bandleader Sam Prather, and string-instrument aficionado Steve Arnold. The production team is made up of Grammy-winning mastering engineer Greg Lukens, Grammy-winning chief engineer Charlie Pilzer and seasoned producer/engineer Jake Grotticelli. Each of the project’s contributors bring their own style, sound and experience to the table which makes for an eclectic and fresh project that sees Myers pushing the limits of what it means to be a modern jazz artist.

Listen to Aaron’s newest single, “Lonely,” on Friday, April 2nd, and get hip to the new sound of Jazz. The single will be available to stream and purchase on Spotify, Apple Music, Tidal, YouTube and Bandcamp among others.

To get quotes/access for a write-up, reach out about any press inquiries, make requests for further information or to hear more of Aaron’s music, please contact Matt at mgmt@aaron2.me.

Album Synopsis: “The Pride album is meant to convey two things. First, the ancestors who are with me in every endeavor I seek to do. I stand upon their shoulders and they support me, advise me, protect me, and uplift me. The second thing is an invitation for the world to see the PRIDE Album, an invitation to join my PRIDE, my tribe, my family. This album displays the struggles of our ancestors, of our people today, yet conveys the desire to also experience fun, beauty, love and affection through traditional and contemporary Jazz.” The album is slated to release on International Jazz Day 2021, a UNESCO led initiative that is the culmination of Jazz Appreciation Month, which draws public attention to jazz and its extraordinary heritage throughout April.