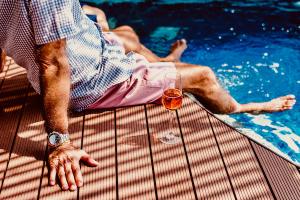 MUNICH, GERMANY, April 21, 2021 /EINPresswire.com/ — Flashback to the 90s and beginning of the Millennium when the Flipper was the largest and most successful trader on Eurex, the worldwide largest derivative exchange.

Since the German bond market lost its appeal years ago he heavily diversified into other fields. His trading group, where the founders of FiPME have been working at was coincidently based in the Crypto Valley of Zug, where the home base of Cow Level AG, the mother company of FiPME is active.

That is leading to the question: Is the flipper already active in trading the new commodity of in-game items? Is he the secret VC behind the Exchange because he knows that this market is hot already – like when he started in the 90s with the fixed income futures when these where brand new on DTB?

Reaching out to the founders, Obodda and Kaemper just stated that they do not know about any secret investor.
Our shareholder book is transparent and safe kept within the daura / Swisscom blockchain.
They both confirm that these new commodities of the in-game economy market are one of the fastest-growing and that there might be many changes ahead, especially when it comes to regulation.
„We invite everybody to become a shareholder to experience that there is no easter egg. “
But then again, they might be bluffing.