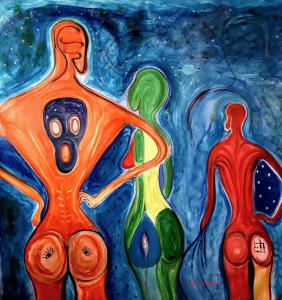 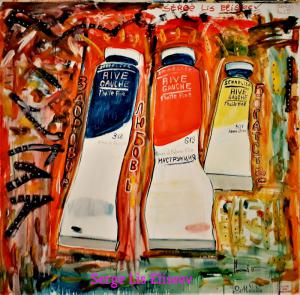 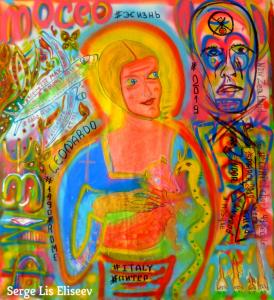 300Magazine is pleased to introduce Serge Lis Eliseev, a talented self-taught and self-represented artist from Russia, who creates free-spirited art.

NEW YORK, NEW YORK, US, April 8, 2021 /EINPresswire.com/ — The online magazine 300Magazine is pleased to introduce Serge Lis Eliseev, a talented self-taught and self-represented artist from Russia, who creates free-spirited art. Serge Lis Eliseev works in a wide range of mediums and uses many different techniques and tools to bring his artistic ideas to life. His artworks have been exhibited at a number of important national and international art exhibitions and fairs and are in many public and private collections worldwide. Serge Lis Eliseev is a freelance artist who is not afraid to experiment with his art, which allows him to move into and occupy new territories of artistic expression.

Serge Lis Eliseev was born in 1954 in Aniva on Sakhalin Island, the far eastern end of the former Soviet Union. In 1961, he moved to Saint Petersburg where he has been living since then. A chemist engineer by profession, Serge Lis Eliseev worked as a driver, a customs officer, and a karate instructor in the past. He was also a singer and a drummer in a rock band titled “Long Distance” for some time. However, everything changed in 2000 when Eliseev found his father’s camera after his death and became interested in black-and-white photography. It was his first step toward a career in art.

Serge Lis Eliseev started as a freelance photographer and worked in this sphere for over 10 years. In 2013-2014, he experimented a lot with coloring black-and-white prints with aniline and acrylic paints. In 2015, the artist created his first oil painting and since then has been mastering his painting skills using a diverse range of different techniques and approaches. Each new work by Serge Lis Eliseev is a step forward in both his artistic career and his development as a self-taught artist.

Serge Lis Eliseev is widely known for his free improvisational art inspired by the significant events in Russia and the world. His approach to painting is, in many ways, similar to creating jazz music; it is an art of the spontaneous, which perfectly captures raw emotions.

Works by Serge Lis Eliseev have been exhibited at many solo and group shows in Russia, Spain, Germany, Norway, Iceland, the United States, and other countries. They are also in the private and public collections worldwide, including at the Museum Ludwig in Cologne and Photo Center Tenerife Island in Santa Cruz de Tenerife on the Canary Islands. Serge Lis Eliseev is a member of the Saint Petersburg Union of Artists and an active participant in many creative events and art projects in Russia. The artist is continuing his exploration of the art mediums and techniques, so we are likely to see his new bold improvisational creations soon.