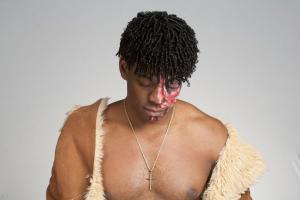 In this interview with Phil Elam, he shares with us his past experiences, present projects and future endeavours.

UNITED STATES, April 23, 2021 /EINPresswire.com/ — Phil Elam is a singer-songwriter, musician, producer, filmmaker and charitable giver, who has been releasing music since 2018 when he burst on the scene with a hilarious, comical party track “White Girl Wasted”.

Since then he has had a consistent stream of releases showcasing his varying style between hip-hop, pop, RnB, EDM, country and soft rock.

We sat down with Phil Elam to find out more about his past experiences, present projects for his alter ego character, Coco Bean and his future endeavours.

Here’s our interview with Phil Elam, aka Coco Bean:

G: What first got you into music?

PE: Taking classical piano lessons wasn’t a choice. My father, who raised my brother and me as a single parent after the death of my mom when I was 8 years old, wanted to do his best to provide us with as much culture as possible. We grew up in Detroit’s inner city. But every Saturday morning he would drive us out to Allen Park to take piano lessons. I didn’t understand why it was so important to practice every day, but my dad was instilling lessons of consistency
without me even knowing it.

G: How was life growing up in Detroit?

PE: Growing up in Detroit was exciting, heartbreaking, inspiring, nail-biting, tough and magical. In short, growing up in Detroit forced me to face every emotion on the spectrum of humanity. I clearly remember one day in middle school (7th grade) where all of us kids were in the large sprawling music room. I realized at one point that all the black kids were on one side of the room and all the white kids were on the other. In my gut, I knew this was so wrong! So I walked over to the other side where all the white kids were. I had no plan in my head what to do or say once I travelled only a few physical feet, that emotionally felt like I had trekked across the continent.

When I got to the other side I was greeted by hostile, glazed over eyes and furrowed brows. I held my ground and simply said “Hi.” I was immediately called names I will not repeat. I was devastated. I immediately turned around and retreated to the land from which I came.

Then, when I got back to the other side I was greeted by even more ridicule. I can still hear the remarks bouncing around my head like a spiked laced pinball….” What are you doing going over there?”, “What you think you’re white or something?”. “Get outta here, you Uncle Tom!”. “You’re a f***in Oreo”.

G: How did music help you through these difficult times and impact your life?

PE: From very early on, music has been my refuge. In times of loss, loneliness and rainy Saturday afternoons when the smell of rain-drenched grass choked the urban air. I would open the window and dream of a magical future, usually to Beethoven’s Moonlight Sonata.

G: What is your favourite song to sing?

PE: OMG! So many. I remember being in college and once again, it was raining. I can still see the streams of rainwater rolling down the front windshield of my Ford Pinto. That was the first time I heard David Bowie’s “Heroes”. It spoke to my soul about what a person can dream of becoming.

Other songs include “Turn The Page” by Bob Seger, “Proud Mary”, Tina Turner and “Someone Like You”, Adele. However, I can’t stop shaking my booty when I hear “Men In Black” and “YMCA” that’s right, “YMCA”! I said it!

G: What musician’s do you admire?

PE: Bob Seger and Elton John are two musicians I remember growing up being utterly mesmerized by their ability. I literally thought that they were not human. I thought that there’s absolutely no way they could be from planet earth. I couldn’t imagine any human being able to create and convey such authentic emotion through music, lyric and melody.

Prince was my first concert. I couldn’t get over the courage from such a short guy in high-heels scooting around the stage in a trench coat, g-string and a guitar draped across his back. Even though, I didn’t understand why he captivated me. I came to understand later that I was floored by his unabashed bravery to be himself no matter what anyone else thought. The opinion of others refused to define him.

G: If you weren’t a musician what else would you do?

PE: If I wasn’t a musician I wouldn’t exist.

G: Who and what is Coco Bean?

PE: The idea for Coco Bean originated from a thought I had after listening to an Eminem interview. In the interview, Marshall suggested that we should embrace what people perceive as a negative and turn it into a positive. Such a comment spoke directly to my soul. I gave it a think and thought what is so dark and at the same time, so many people just can’t do without? A COCO BEAN!

G: What about your charity work?

PE: Charitable endeavours are so important. It is our responsibility as people (particularly artists) to give back when we have been given so much. Over time I have been looking for ways to donate royalties from various songs to organizations that are all about making a difference in the lives of those in need. Under the moniker of Phil Elam streaming royalties have gone to Forgotten Harvest and the Tree Of Life Synagogue charities.

G: What are your future plans?

PE: My goal as an artist is to move the conversation forward in a positive direction regarding social change and human acceptance for all. It is my goal to use artistry as a platform for such positive social change. In 20 Years I want to be in the Rock-n-Roll Hall of Fame and also recognized for my attempts to
bring about human cooperation on a global scale.

Writer of Jaws, Talks About The Real Story Behind the Stories of the Film – “Steven threw my book, across the room!”