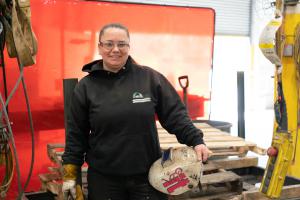 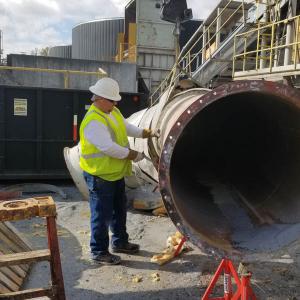 We are a come as you are proposition; the opportunities are unlimited”
— Jay Follman

Follman first became interested in employee ownership programs in 1988 after attending an ESOP (Employee Stock Ownership Plan) conference. Now, 35-years later, Follman follows through with his plan to reward employees who contribute to company growth and ensure the company remains under local control. Now begins a new chapter as he steps into his new role as Chairman of the Board and company mentor.

“I always intended to offer a program that allowed for employees to become vested in ownership,” Follman said, “With an ESOP in place, current and future employees have the tools in place to gain greater control of their destiny.” Follman continued, “An ESOP as a business model offers strength for the future; it’s a stable ship for stormy and unpredictable seas.”

Establishing an ESOP for IRI entailed many legal and technical details and is three years in the making. A slight downturn in field projects in 2020 presented the perfect opportunity to work on administrative endeavors and the final rollout of the ESOP. As part of the move forward, IRI is establishing an Employee Owner Advisory Board that includes seven employees, one of whom will be elected to serve on the IRI’s Board of Directors.

“We are a come as you are proposition; the opportunities are unlimited,” said Follman. “All persons are valued for their contributions, talents, and efforts. We know what it takes to succeed, and succeed is what we intend to do.”

Another step in the IRI transition, completed two years ago, was selecting Peter Rasco as the General Manager to handle its day-to-day operations. “The ownership opportunity speaks to people,” said Rasco. “It’s giving many an opportunity of a lifetime. High turnover is typical in the trades. We’re excited to have already seen a mindset shift because of the ESOP.”

Industrywide, many companies find it nearly impossible to fill their open welding positions. With fewer people going into the trades and many retiring out, competition for welders is fierce. “I get calls every day from employers across the country looking for welding graduates,” said Russell Jones, Welding Faculty at Bellingham Technical College. “Employers who make the extra effort to take care of their people will have the hiring edge in this economy.”

Since sharing the news about the new ESOP, employees who had previously left IRI for work elsewhere have returned. Comments regarding a sense of renewed energy and enthusiasm have filtered in from customers and employees alike. “Younger employees are excited to step into leadership and seem more vested in the success of the company as a whole,” said Andy West, Project Manager/Estimator and employee of 11 years. “Communication is better, and morale has improved.”

Nigha Bowen, a female welder at IRI for 11 years, said, “I love my job. My skills are valued and allow me to earn a good living.” She continued, “The ESOP is simply the icing on the cake.”