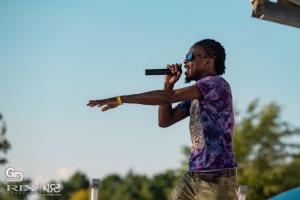 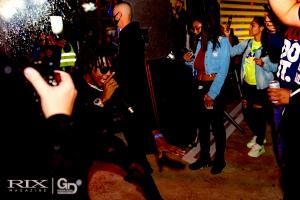 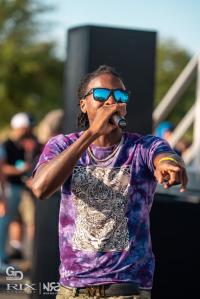 The Jersey rapper is well on his way to becoming the most played artist in New Jersey via SoundCloud, and his overall popularity is rapidly growing.

NEWARK, NEW JERSEY, USA, April 1, 2021 /EINPresswire.com/ — Maxi Maxx is a New Jersey-based rapper and an Independent CEO of F.E.A.R Inc. The young mogul has been making waves with his new releases, collecting a total of 48 million streams on SoundCloud, Apple Music, Spotify, and Tidal. Maxi Maxx is a legend whose streams in New Jersey come second only to rap giant Fetty Wap. Music critics and industry experts point to Maxi Maxx’s individuality and bravery, calling him a “new kind of independent artist riding a new wave” and commending his unwillingness to sacrifice the quality of his music or his ability to be true to himself in creating music.

Though Maxi Maxx is young in his career, he has already built a strong foundation for himself. In 2018, Maxi Maxx dropped his popular album “Everybody Rap,” featuring songs like “See U Win,” “Get Dis Money,” and “Black Mobb.” In 2019, Maxi Maxx released albums titled “The Maxi Maxx Show” and “Who Is Maxi Maxx?” Maxi Maxx is constantly working hard to make music. “I just believe in ownership,” says Maxi Maxx. “I believe in investing in yourself. Your foundation should be strong.” Now, with almost a decade in the industry and many singles amassing hundreds of thousands of listens each, Maxi Maxx is using his strong foundation to take him to the next level.

Maxi Maxx’s music is available on all streaming platforms, including Spotify. Physical CDs can be purchased on Amazon, and his singles and albums can be downloaded from Apple Music. To learn more about Maxi Maxx, please visit his website https://wwwmaximaxx.onuniverse.com and follow him on Youtube and Instagram.

About F.E.A.R INC and Maxi Maxx

Maxi Maxx is an Independent CEO of F.E.A.R INC Records out of New Jersey. Born in Newark on March 3, 1992, Maxi Maxx has long loved music. He turned his attention to creating music in 2010 when he released his first song under the alias “Mad Maxx. Since then, he has released dozens of songs and singles, amassed millions of listens, and has been well received in New Jersey and beyond.