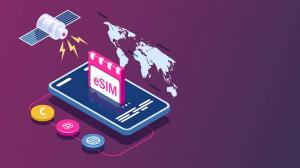 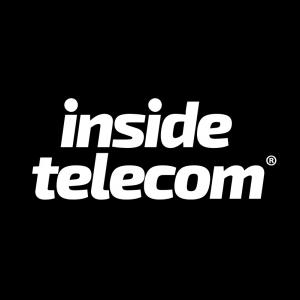 The number of eSIMs installed in connected devices globally will increase from 1.2 billion to 3.4 billion in 2025, representing a growth of 180 percent.

LONDON, ENGLAND, UNITED KINGDOM, April 19, 2021 /EINPresswire.com/ — The number of eSIMs installed in connected devices globally will increase from 1.2 billion to 3.4 billion in 2025, representing a growth of 180 percent, mainly driven by adoption from tech powerhouses such as Apple and Google, reported a new study by UK-based market research company Juniper Research.

According to the forecast, independently assessed eSIM adoption and demand in the consumer sector, industrial sector, and public sector predict that the consumer sector will account for 94 percent of global eSIM installations by 2025.

The report anticipates established adoption of eSIM frameworks from consumer device vendors, such as Apple and Google, will accelerate growth of eSIMs in consumer devices ahead of the industrial and public sectors.

“[The forecast] anticipates that established adoption of eSIM frameworks from consumer device vendors, such as Apple and Google, will accelerate the growth of eSIMs in consumer devices ahead of the industrial and public sectors,” Juniper Research said.
According to the report, Global eSIM deployments across all consumer verticals will increase by 170 percent over the next four years, with widespread adoption reliant on backing from network operators.

However, according to Farouk Tabbal, eSIM product manager at Monty Mobile, a leading VAS & telecom solutions provider, and an international SMS wholesale intermediary hub, in order for eSIM technology to boom, three main entities should work together, starting with OEMs.

OEMs, DP+ providers have been long adopters of eSIM technology, and consistently calling for telecom providers to make the switch from physical to eSIM,” Tabbal told Inside Telecom, highlighting that OEMs (original equipment manufacturer) launched many devices that are eSIM supported yet kept the physical slot to leave end users to make the choice themselves.

But there’s also another issue.

“Operators are still stuck to their traditional business models of relying on physical SIMs, since the change would translate into an impact on both their frontend and backend network infrastructures, which would require resources and time for the switch to happen,” Tabbal explained.

From a commercial perspective, telcos are still hesitant to make the switch to the technology since the cost of setting eSIM profiles is relatively similar to the actual physical card, in addition, “telcos have fears over increased churn which in my opinion it is an unjustified fear.”

This paves the way for the third player to step in, remote SIM provisionary providers, such as Monty Mobile, who are looking to provide operators with eSIM services in the form of Software-as-a-service (SaaS) for a yearly fee.

“It is these businesses that will surely help telcos to push for the rise of eSIMs at a much more cohesive rate,” Tabbal told Inside Telecom. He later highlighted that there are almost 200 out 1,000 operators around the world who have fully integrated the technology within their offerings, which is considered a very low number.

“At the end of the day, this is a technological advancement which will inevitably grow at a rapid rate, thus, forcing telcos to either move now and become an early beneficiary of their foresight or later and play catch-up,” he noted.
“This technology is having a silent revolution and quickly, yet subtly creating momentum,” Tabbal added.

Tabbal explained that telcos need to consider that eSIMS completely removes the logistical costs of manufacturing physical SIMS, which would later allow operators a sea of profitable possibilities to use this technology for.

Juniper highlighted, however, that fragmentation of hardware vendors in the cellular Internet of Things (IoT) device market will necessitate each vertical to adopt a combination of wireless technologies, hardware, and management tools. “In turn, specialist vendors will emerge that provide robust eSIM form factors for industrial environments,” the research firm added.

Three key areas of focus for eSIM adoption in the industrial sector will arise: oil and gas, manufacturing, and logistics. “The development of rugged form factors will position vendors well to capitalize on the market, as eSIM installations in these verticals grows from 28 million units in 2021, to 116 million by 2025,” the report said.

From a telco perspective, Tabbal considers that provider should be the main players spearheading IoT and M2M efforts since they have the potential to unlock various revenue streams across the board.

“Think of it this way, faster network connection, more IoT and M2M integration, more data being used to run everything smoothly, which would subsequently translate into more revenue to providers; however, this definitely requires carriers to beef up their network infrastructure,” he highlighted.

Ultimately, ensuring convenience for the end user must remain the top priority for eSIM management platform providers. To do so, platform providers must provide a level of service comparable to that found with traditional SIM deployments.

Several operators have taken note of this and have already started to change their business strategies to meet the ongoing tide of eSIMs, especially within the IoT space. Earlier last week, Norwegian telecoms provider Telenor Group announced that it will be unifying its IoT services across the Nordic region and internationally, placing them under one large portfolio.

“Effective immediately, Telenor IoT will be offered from all Telenor business channels in the Nordics, and internationally by Telenor Connexion and through selected partners,” the provider said in a statement.

As a part of introducing Telenor IoT, a new operating model is being launched to leverage on Telenor’s global competency, synchronize product development, accelerate the customer facing business and improve technical support.

More stories on Inside Telecom.
Write to us HERE.