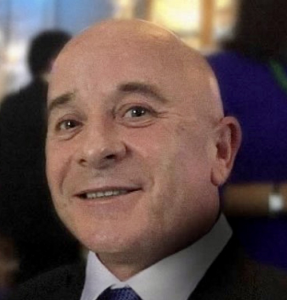 LONDON, UNITED KINGDOM, April 23, 2021 /EINPresswire.com/ — Club La Costa (CLC) facing tens of £millions in claims over “mis-selling”. Consumers finally coming out ahead as giant companies’ revenues drop and record amounts of compensation are awarded against them.

69 year old invalid and dementia victim Stuart Crawford’s case was reported in the Telegraph, and it is disturbing reading. CLC salespeople have sold and upgraded the vulnerable Crawford to the point where he has £45k of debt, £700 a month payments, is forced into local authority accommodation, is unable to sell the membership and likely to leave his wife destitute when he dies.

“Timeshare has been struggling for years,” explains Jack Dawson, senior contracts adviser for European Consumer Claims (ECC). “Compared to the rest of the modern travel industry it has become expensive and inflexible. During the pandemic, members are being forced to pay full price, for holidays they can’t take. People are desperate to escape this commitment, and certainly people are not being drawn to join these dated club schemes. New member sales are bottoming out all over Europe.

“It is deplorable, but perhaps not surprising that companies like CLC are behaving in this manner. Mr Crawford’s case is shocking, but sadly far from unique.”

“In 1999 legislation was enacted to protect consumers,” continues Dawson. “It covered a lot of areas, including resorts no longer being allowed to take deposits on the day and contract terms not being allowed to be for over 50 years.

“With sales in jeopardy, timeshare companies were motivated to ignore these protective laws. They got away with it for years because even consumers who became aware their contracts were illegal had no way to navigate the labyrinthine, archaic bureaucracy of the Spanish legal system.”

Andrew Cooper, CEO of ECC believes there is light at the end of the tunnel for mis-sold timeshare owners. “The resorts have been fighting tooth and nail to avoid having to compensate their victims,” he says. “They have employed every delaying tactic possible, but our firm and others have stayed the course. The timeshare companies are out of options and staggering amounts of compensation payments are now being awarded to their mis-sold clients.

“£144,500 of this was in ten separate victories against CLC, the resort who left Mr

Crawford in such a desperate position.

Cooper says this is just the start. “The timeshare companies have nowhere left to hide. The precedents have been set and the claims process is now streamlined, making it easier for claims to go through.

Be cautious when choosing a claims firm

“Sadly the timeshare claims business attracts a lot of fraudulent firms who promise to get compensation for mis-sold members,” warns Cooper. “Don’t just google the subject and pick a firm that has a flashy website. If you can get a recommendation from another owner who was successfully awarded compensation then that firm is obviously worth trusting.

“There are also volunteer consumer associations who will advise you on the subject.

“Or of course you are always welcome to contact our team, for a free, no obligation chat.”